A downloadable game for Windows, macOS, and Linux

Venezuela's president, Nicolás Maduro, tried to control the situation of socio-political instability that had reigned for a long time by orchestrating a so called coup d'etat upon the remaining independent powers in the country. That was the spark that lit the fire in an already volatile enviroment, immersing the country in a complex situation. As a deeply rooted dictatorial regime, the binds of the regime holds tightly on the national media, making the profession of the journalist one of constant moral dilemmas, and the heavy burden of having to choose between putting your life at the line, or selling your professional integrity and your honor.

Under this complicated situation, you embody a journalist willing to give his all to show the world the harsh reality that the Venezuelan people live in their day by day. Make your way between clouds of tear gas that threaten to suffocate you and the blockades which demonstrators have put up to defend themselves to take the perfect photo; the photo that conveys all the suffering to the outside spectator. Risk yourself being arrested by the regime's security cops to try and uncover the facts that the government want to hide about thir cruel repression.

Last photo lets you walk through the streets of Venezuela, showing you real breathtaking photos, taken by heroic journalists, and guides you to facts that will make you surprised at what atrocities a person is willing to commit to retain power.

Added military guards that capture you on levels 4 to 7.

Fixed fatal bug on level 2 that would not let the player go through the next level.

Fixed other bugs on levels 4, 5

Added music loop to all levels 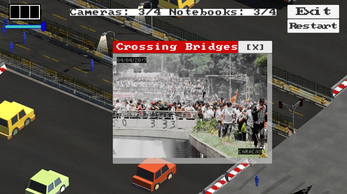 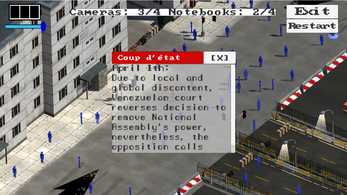 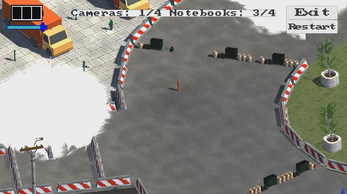 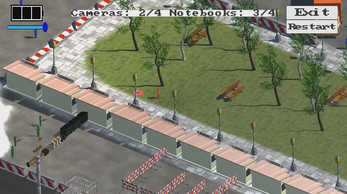